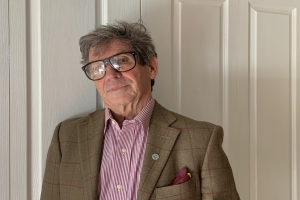 Professor of Management at WSIiZ.

Employed at the University of Information Technology and Management in Rzeszow since 2014.

Stefan Markowski came to Poland in the late 1940s. He completed his primary and secondary education in Poland and studied mathematical economics at the University of Warsaw. In 1966 he emigrated from Poland and in 1967 moved to London to take up a lectureship in economics at the London School of Economics (LSE), where he also completed his economics doctorate in 1974. In 1975, he joined the Centre for Environmental Studies in London as Senior Scientific Officer and later as Principal Scientific Officer specialising in urban and land economics. In 1980, after a brief secondment to the Department of the Environment, he joined the Faculty of the Built Environment, South Bank Polytechnic (now University of South Bank) as a Senior Lecturer in the School of Estate Management. He also began his long standing association with a firm of land and urban economists, Roger Tym and Partners. As an academic researcher and professional consultant, he completed several land, housing, transport and employment studies in the UK.

In 1986-87, he came to Australia on a two-year sabbatical to join the Bureau of Industry Economics (BIE) in Canberra as Principal Economist and team leader. At BIE, he led a project on technological change in Australian manufacturing industry. He returned to the United Kingdom early in 1988 but left for Australia again late in 1988 to join the School of Economics and Management (now School of Business) at the University of New South Wales (UNSW), Canberra campus at the Australian Defence Force Academy (UNSW@ADFA). At the UNSW@ADFA, he has held a variety of positions including: Senior Lectureship and later Associate Professorship in the School of Business; Director of the Centre for Studies in Management and Logistics; and Program Director, Defence Industry and Logistics at the Australian Defence Studies Centre. He was also the Coordinator of postgraduate management studies in the School of Business, UNSW@ADFA. During his tenure at the UNSW@ADFA, Professor Markowski collaborated with several military faculties in the USA, Europe and Asia, in particular the US Defense Acquisition University and the UK Defence Academy (PACRIM and IDEA projects). He retired from the UNSW in 2013 but continues to be involved with the School as a Visiting Professor of Economics and Management. Until 2018, Professor Markowski was also a Visiting Fellow at the Australian National University’s Centre for European Studies (CES) in Canberra.

Professor Markowski’s research at the UNSW focused on defence economics and management, logistics engineering and management, defence procurement, industry policies and trade, and international mobility of factors of production. He has published widely across all these and related areas. His other research interests include labour mobility and migration. He is particularly interested in policy-oriented research. In addition, between 1989 and 2014, Professor Markowski also worked as a consultant with ACIL Consulting (now ACIL Tasman) in Canberra. In his professional capacity as an economic and management consultant, he led and/or participated in several major research projects commissioned by various Australian government departments and agencies, especially the Australian Department of Defence.

Following the implosion of Communism in Poland, Professor Markowski has held various academic positions in Poland, especially at the University of Warsaw. In 2011-2014, he was professor of economics and management at the Joseph Tischner European University, Krakow and in 2014 he was appointed to his present position as the Professor and Chair of Management at WSIiZ. Between May 2011 and April 2014, Professor Markowski was a Visiting Research Professor at the Centre of Migration Research, University of Warsaw, where he led a team of researchers responsible for an economic and demographic module of a research project funded by the European Commission (EC) and focused on migration flows east of the European Union covering most of the area of the former Soviet Union. This EC-sponsored two-university research consortium also included the European University Institute (EUI) in Florence as the lead partner. In 2016, he was re-appointed as Visiting Research Professor at the Centre of Migration Research, University of Warsaw to direct a research project on the post-accession Polish migrants to the EU (Opus 10 study funded by the Narodowe Centrum Nauki – NCN). In 2017, he is also a Visiting Eisenhower Fellow at the NATO Defence College in Rome, Italy. While he continues to publish widely in the broadly-defined area of defence economics and management, his recent scholarly publications also include a growing proportion of migration-related articles and book chapters.

OTHER ACADEMIC AND PROFESSIONAL ACTIVITIES