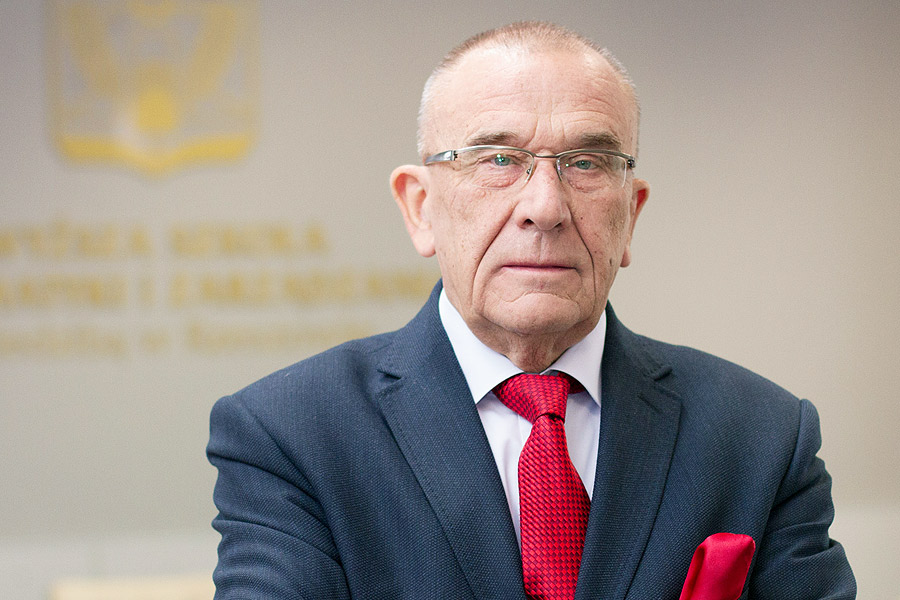 Doctor of humanities in the field of Sociology (Cardinal Stefan Wyszyński University in Warsaw, Faculty of Historical and Social Sciences) Master’s degree (The John Paul II Catholic University of Lublin, Faculty of Theology)

His scientific interests are focussed on Philosopy and Ethics. Additionally, he is interested in the relationships between Philosophy, Etics and Economy, Journalism, Tourism, Literature and art. He is the careful observer of cultural and social changes, especially the changes which occurred at the turn of the 21st century.

In 1980, he started his career in Rzeszów Philharmonic. Next, in the period of 1988 – 1989, he took a short break in order to manage the Orchestra conducted by Wojciech Rajski. Thanks to numerous Orchestra Tours, among others to China and to various European countries, he gained wide managerial experience.

In years 1990- 2006, he was the General Director of the Arthur Malawski Philharmonic in Rzeszów and the head of Music Festival in Łańcut, Poland. In the period of his management, Rzeszów Symphony Orchestra became one of the best Orchestras in Poland. Moreover, Music Festival in Łańcut evolved in the most prestigious music event in Europe, despite serious organizational and financial problems which had occurred before. Additionally, Rzeszow Philharmonic Orchestra and Polish Chamber Philharmonic in Gdańsk released various albums by american, european and polish labels.

In 2000, he was a member of the Committee which organized Congress of Polish Culture. Moreover, he was the co- editor of Karta Kultury Polskiej, the document which had been prepared by the community of cultural creators in collaboration with the President of the Republic of Poland. Karta Kultury Polskiej contained solutions to facilitate the proper development of Polish culture. The member of Copernicus Center Press Supervisory Board. The former vice- president of the association of Polish Philharmonics Directors. Moreover, he is the Honorary Citizen of the City of Rzeszów. Awarded The Cross of the Rebirth of Poland and the Medal of Merit to Culture. Ocasionally, he delivers guest lectures on the University of Warsaw. The author of numerous expert’s reports for Ministry of Culture and National Heritage, for The Committee on Culture  and for Adam Mickiewicz Institute in Warsaw.

He is the loyal fan of literature, poetry and art. He spends his spare time in beloved Piaski by the Vistula river in Poland.